Santa Clarita, California. NFTOrbitor.com has released a report on Time’s 2022 most influential list. NFTorbitor.com highlights that for the first time in this magazines history it names both an NFT and Metaverse company on its top 100 Most Influential list.

Time, a leading magazine, and digital media outlet, named the 100 most influential companies last week. Among the 100 names were 34 publicly traded companies. The list broke companies down into the categories of pioneers, titans, leaders, innovators, and disruptors. 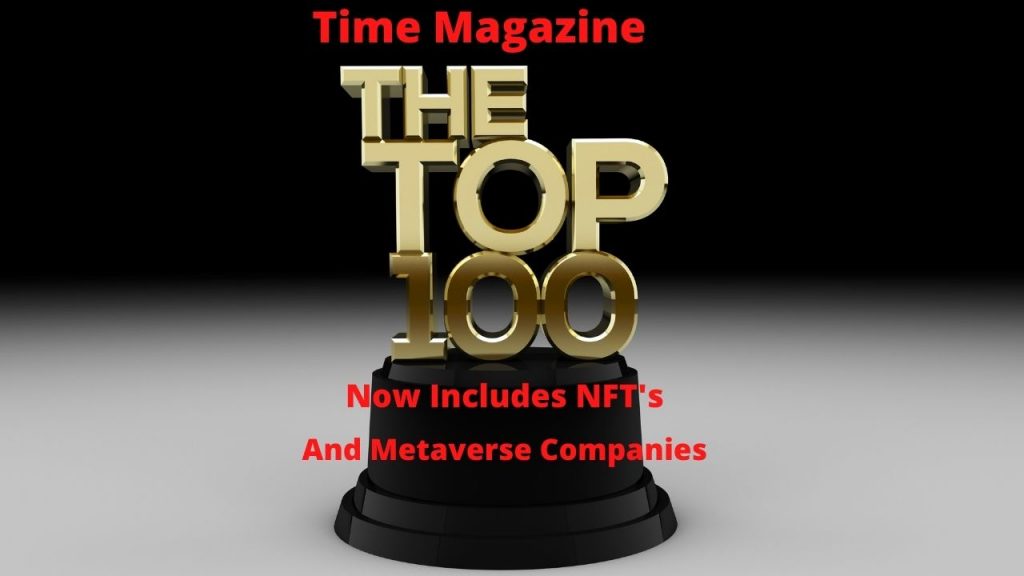 “It was only a matter of time,” stated Raul Meza, Content Editor at NFTOrbitor.com. “There is just no way that today’s evolving technology and decentralized finance does not make the list in one way or another. We have these great companies that are entertaining us, opening new roads in finance, as well as new ways in which we can connect across the globe with like-minded people and you are not going to recognize them as influential. You can’t do that in this day and age. Time magazine made the right call.”

Among the pioneers were four companies related to NFTs and the metaverse. The Sandbox: Virtual world company The Sandbox, which is owned by Animoca Brands, was named to the list by Time. The magazine calls the company a pioneer of the digital world, with hundreds of partnerships with brands and celebrities. Social virtual reality company Rec Room makes the list as “a virtual playground.” Time reports that 37 million people use the app to create and share games and experiences in the metaverse.

.More information on this subject can be found at NFTOrbitor.com which also hosts a video on 2022 Time’s 100 Most Influential List.

NFTORbitor.com is committed to pushing the NFT market forward by educating their community on its various aspects. As such, they welcome all inquiries from those who wish to learn more.

For more information about NFTOrbitor.com, contact the company here: