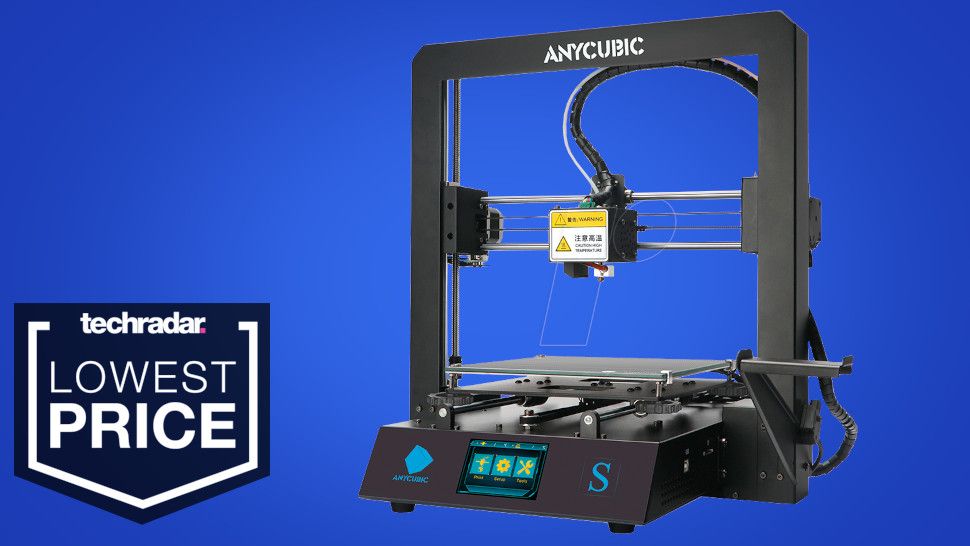 As well as finding Black Friday deals on your favorite tech products, the sales event is a great time to try out a new product or hobby, and if you're looking to get into 3D printing you'll want to check out the best Black Friday 3D printer deals.

This deal on the Mega-S 3D printer from ANYCUBIC is the perfect example. Currently on sale at Amazon for just $179, down from $249.99, it’s just affordable enough to tempt you into giving 3D printing a go.

The Mega S is also discounted at Amazon UK, where it’s currently priced at £199.99, a £100 saving on the usual price. (If you're not in the US or UK scroll down to find the best Black Friday 3D printer deals where you are.)

Save 28% - If you're looking to take up 3D printing, this could be the perfect opportunity. ANYCUBIC is wellregarded in the space for good reason, and the Mega-S is a great starter machine. Happy printing!

Anyone with a creative bone in their body has probably thought about getting into 3D printing at some point, and investing in one of the best 3D printers. If you're one of those people, this Black Friday 3D printer deal on the ANYCUBIC Mega-S could be the perfect opportunity to do just that.

At this price point, it certainly won’t break the bank, and the simple design should mean it’s nice and easy to set up for a first-timer. With a build volume of 210 x 210 x 205mm, it’s also more than capacious enough for a beginner to have fun with.

For a machine at the low end of the market (some 3D printers cost thousands of dollars), the Mega S yields surprisingly high-quality and consistent prints, with relatively low error rates. It has a print resolution of 50 microns, which is better than many rivals at this price.

It also benefits from an impressive number of additional features, such as an automatic filament sensor that detects when you’re running low and automatically shuts down the machine. In the event of an accidental power cut, meanwhile, the Mega-S is able to pick up where it left off when power is restored, which means you won’t lose the time or material invested in the interrupted print.

If you’re looking for a Black Friday 3D printer deal on something more advanced, the Vyper and Photon Mono X from ANYCUBIC are also available at a discount right now.

If these deals doesn't fit the bill, check out these alternative Black Friday 3D printer deals available in your region: