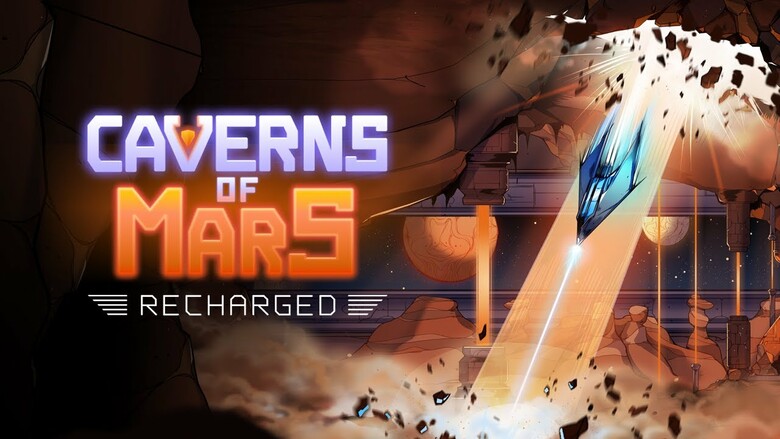 Caverns of Mars: Recharged takes the easy, addictive appeal of the original game and adds more caverns, more challenges, more weapons, modern graphics and leaderboards. And it would not be a Recharged title without an amazing new original soundtrack.

In Caverns of Mars: Recharged you descend into tunnels beneath the surface of Mars in a mad dash to destroy the reactor and furthest depths of the enemy’s base. Dodge debris, clear out obstacles, and blast enemies, all while conserving ammunition as you descend at high speed into enemy territory. Your ammo is limited and enemies are plentiful, so make every shot count.

The original Caverns of Mars was a hit that came out of nowhere. In an era of side-scrollers a high school senior named Greg Christensen developed a game where players descended vertically. The few vertical scrolling games that existed were largely skiing and driving games, but Christsensen made a space game, set in the tunnels of Mars. He submitted it to APX, Atari’s mail order software catalog. The day his project arrived in Sunnyvale it was recognized for its quality, and it became the very first APX submission to be released as an Atari game, and one of only a handful to ever make that leap.