A guide to Low Power Mode on the Apple Watch 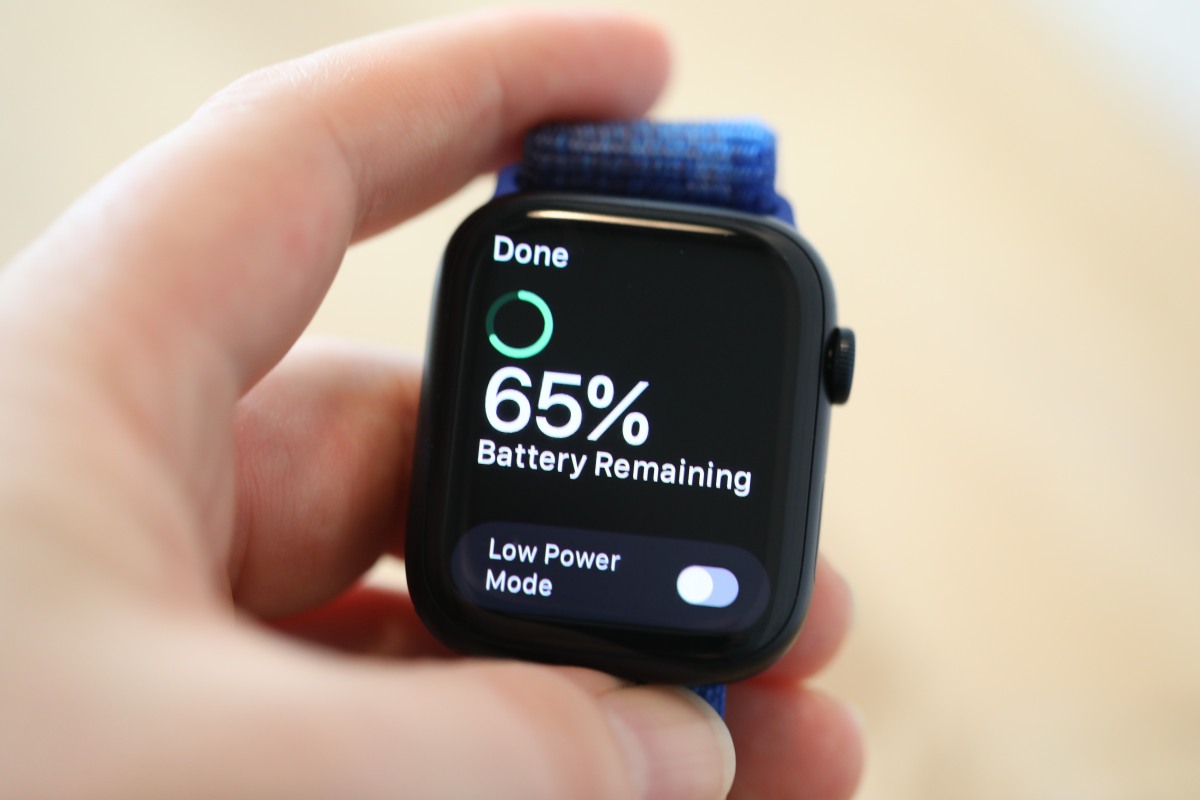 Battery life has long been the Apple Watch’s biggest drawback. The issue only became more pronounced when the company went all-in on sleep-tracking with watchOS 7 in 2020. Rather than increasing the mAh on the hardware, Apple presented a workaround: an alert that pops up if the user dips below a certain percentage before bed time, requiring a recharge.

The Watch Ultra, which goes on sale today, finds Apple addressing the problem head-on. The larger case (49mm to the Series 8’s 45), coupled with a slimming down of components like the haptic motor, offer more internal space for the battery. As a result, the sports-focused model effectively doubles the Series 8’s 18 hours to 36, in spite of a slightly larger screen and double the brightness (from 1,000 to 2,000 nits).

As for the rest of the line, Apple is once again looking to improve battery life without any meaningful hardware changes. Instead, it’s addressed the issue through a new Low Power mode rolling out with watchOS 9. Before this announcement, the Apple Watch had a Power Reserve Mode, a feature designed as a kind of last resort when your battery dips into the double digits. Once in that hibernative state, the device isn’t good for much other than telling time.

The Low Power Mode also extends battery life on the Apple Watch Ultra by increasing GPS-based long duration of workouts like a triathlon beyond 12 hours in the regular power mode.

Here’s how you can turn on the Low Power Mode on your Apple Watch:

Scroll down to the Battery section

Turn on the Low Power Mode toggle under that.

Once the Low Power Mode is turned on, you’ll see a yellow circle atop your screen. Plus, the battery percentage in the control center, the charging animation and the time in Nightstand mode will turn yellow.

Users will get a notification asking them to turn on the Low Power Mode when the Apple Watch’s battery level hits 10%. While charging, the mode is automatically turned off at 80%.

The company is also working on a Reduced GPS and HR mode, which will reduce sampling for both measures to increase the battery life during longer workouts. This new mode will live in a separate toggle under the Low Power Mode and will be rolled out later this year.

Because the Low Power Mode feature is part of the watchOS 9 update, all devices starting from Apple Watch 4 will have it in their settings via a software update.