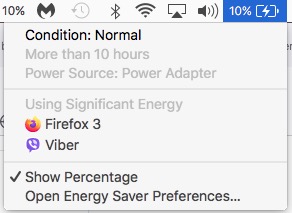 They are NewerTech bought from OWC, and when first installed they could run on battery for a respectable time.

Both 17" now have the same battery stamina issues - they'll run for about 20 minutes and then shut down completely without any low battery warning.

The battery level is around 70% at the time they shut down, and when the power is reconnected and the computer started, the battery level shows 0%, and slowly climbs to around 50% and in a short time shows 100%.

I did a SMC reset on both and no change.

These NewerTech batteries didn't last anywhere near as long as the original batteries, so should I look at buying replacements from Apple, or do you recommend something else?